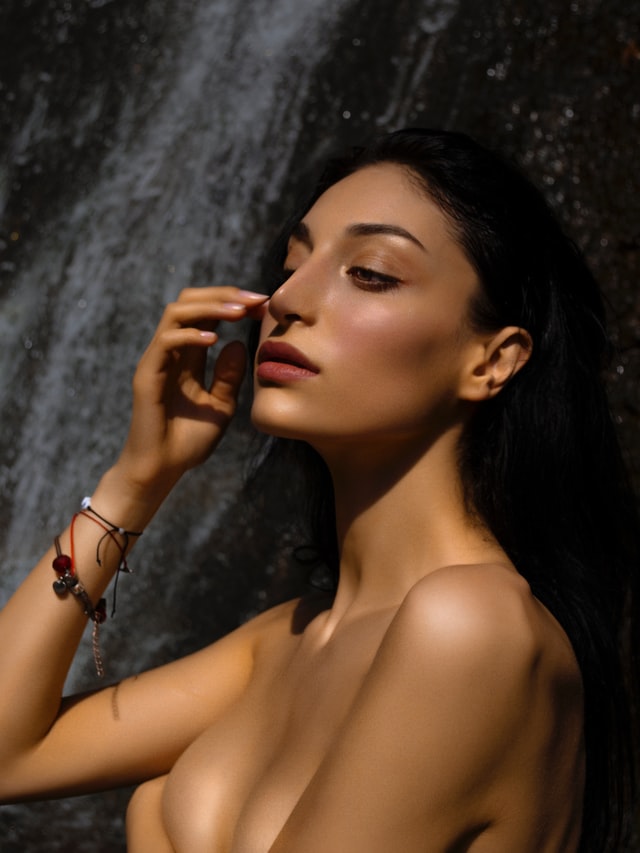 The world is obsessed with what they call a “boob job”. The technical term, breast augmentation. In the last couple of weeks R. Kelly, a famous musical artist, was rumored to offer breast enlargements to female friends. Some other famous celebrities that have had the procedure done themselves include Victoria Beckham, Dolly Parton, Khloe Kardashian, Naya Rivera, Iggy Azaelea, Kaley Cuoco, and Hiedi Montag. These women are very open about their procedures and how it has transformed their lives. Iggy Azaelea famously discussed her implants and how she was able to perform just days after her surgery. It has been suggested that social media has assisted the plastic surgery field. Social media allows a more direct line of communication between doctors and potential patients. Along with these celebrities, people are more open to discussing plastic surgery instead of keeping it hush hush. The history of this scandalous procedure actually traces back pretty far in our countries history and even the world’s history.

The “plastics” world was forever altered by doctors Frank Gerow and Thomas Cronin fifty-five years ago. Since the first breast augmentation in 1962, this procedure has become one of the most sought after surgeries in the United States. According to the American Society for Aesthetic Plastic Surgery, this procedure was in the top five list of cosmetic surgical procedures in 2016. It was also in the top five list for surgical procedures conducted on women. This “plastics” staple continues to grow.

Gerow and Cronin weren’t the first doctors to medically enhance breasts. The history of breast enlargement goes back to 1895 with a German surgeon Vincenz Czerny. He used a fatty tumor to fill a gap a previous tumor had made in a woman’s breast. Following 1895 this field was highly experimental because it was relatively undiscovered. Injections were the main procedures before the 1960s along with using fat from other areas of the body inserted into the breast. Since the first silicone breast augmentation, there have been many advancements in the field. The FDA has changed regulations steadily over the last fifty years. The last approval by the FDA was in 2013. They approved the silicone gel-filled breast implant that uses a more cohesive silicone gel, compared to the previously approved breast implant. The manufacturer of the new gel had to conduct various studies on the safety and effectiveness of the implants. The newer implants that are used today have a smaller chance of complications and are less likely in need of being replaced. The latest FDA approval was in 2016 of Natrelle Inspira round gel breast implants.

Breast Augmentation on the Rise

A series of statistics from the American Society for Aesthetic Plastic Surgery show an increase of 1.5% in breast augmentation from 2015-2016 and a 206.8% increase since 1997. In 2016 there were over 310,000 breast augmentations conducted. The age group with the highest number of procedures was 19-34. The lowest was 18 and under.

The top trending queries of breast augmentation include cost, after effects, how the actual surgery is conducted, and breast reconstruction after a mastectomy.

Implants can also be used to reconstruct breasts on a woman that has had a mastectomy. This is a two-step procedure and slightly more complex than a routine breast augmentation. This became a highly sought after surgery in the 1960’s after the first successful implant surgery. Mastectomies were a very new procedure at that time and reconstruction was ideal for the women that had lost something. The ability to reconstruct the breast after a mastectomy can also help psychologically. This can be a difficult procedure for women. Women lose something mentally and physically during a mastectomy. This can cause many mental issues for women. The reconstruction can help with the loss and can lead to a positive and healthy lifestyle.

The actual procedure involves an incision in one of four areas. These areas include the underside of the breast, under the arm, around the nipple, or through a previous incision. Each area has pros and cons. The implant is placed through the incision and then stitched up. The surgery is very routine.

The after effects are similar to any surgery. Some complications include asymmetry, ptosis, and pain. If the patient is an ideal candidate for the procedure, with small breasts, and breast asymmetry, they will be back to work within 1-2 weeks. The ideal candidate’s procedure will take 1-2 hours and will only take one surgery. This includes both the saline and silicone implants.

Following the procedure, a person can expect to take about one week off of work. There are different types of recovery depending on a woman’s age and health. For example, there is step by step guides for athletes that want to workout following their procedure. The guide is over the course of nine weeks. The exercise begins at a low intensity and slowly builds up to what the person was doing before their surgery. There are also guides to healing scars from surgery in a natural way. Some of the remedies include coconut oil, aloe vera, vitamin E, sea salt baths, bentonite clay, and carrot juice.

Along with exercise and surgical scars is a healthy diet. There are comprehensive lists of foods to eat Pre-Op and Post-Op. Before the procedure, it is recommended that a person should stop all consumption of alcohol and any supplements they are taking. It is recommended that a person stock up on vitamins such as a multivitamin. Post-Op care includes stocking up on even more vitamins such as amino acids, protein powders, vitamin C, and fish oil. The Post-Op food and beverages include water, citrus, fresh veggies, lean meats, and almonds. Of course, these recovery plans are all dependent on the individual person.

Women are also using three different factors when deciding which type of implant to go with. The first is body type. Are you short? Tall? A woman’s body type is an important factor that goes into how large and what type of implant they should get. Right along the same lines is body shape. Are you curvy? Lean? The last factor is age.

Surprisingly women are asking for a more natural look when consulting with their surgeons. The concept of “bigger is better” may have started the fire of this procedure but it has changed over the years. This natural look is the new craze. Many celebrities have been rumored to have reduced the size of their implants. According to doctors, there are actually a number of benefits to the new natural craze. The benefits include less scarring from surgery, more innovative incision techniques, faster recovery, less likely to be replaced, a better comfort level, and less potential for pain the back and neck. Women can choose between a round implant or a tear drop implant that looks more natural. The actual feel of the implants can be different based on the type of implant a person decides to get. A more natural breast augmentation, meaning smaller, can lead to a more natural feel and look.

The concept of the new natural look is a refreshing trend. Plastic surgery is the world that focuses on individuality and the world is hypocritical. It screams at people to be themselves and to be confident. On the other hand, photoshopped men and women are thrown in people’s faces on a daily basis. Here comes the controversy, is breast augmentation caving to societies shallow demands or is it a way of helping a woman become her best confident self. Is the new natural look a way for women to embrace their bodies and love themselves? The ultimate answer comes from the person deciding why they want the procedure. It is in their hands.

Aside from the physicality of the procedure, the psychological aspect could be deemed the most important of all. It has been said that if a patient has to want to recover mentally and their body will follow. Now, this is not always true in terminal or severe cases but it has been shown time and time again. Some women that have struggled with self-image find that their lives are completely altered by their implants. They may take up a healthier lifestyle and care more about their bodies. They have more confidence to risk starting a new relationship. They are able to walk in a room and not feel judged for their appearance. The reasoning behind deciding to have this procedure includes women that struggle with depression, breast reconstruction after a mastectomy, confidence, a need to be normal, wanting better clothes, a life change, and self-esteem. Many doctors have spoken out that a clear mental state is necessary for this procedure to have positive psychological effects. If a woman is unstable mentally, there is a chance this procedure will not help her see herself in a positive way. It can lead to a more damaging lifestyle. There have been some cases where mentally unstable patients have committed suicide after their procedure because it did not fix what they were hoping it would. Screening patients are very important. On a more positive note, this procedure seems to be doing more good than harm. Women report a happier life and better view of themselves after surgery. This could be compared to an extremely overweight person finally losing weight and seeing themselves for what they have always wanted to be.

The future looks bright for advancements in breast augmentation. The term stem cell is constantly used in describing advancements in medicine and that is no different with this procedure. There is a case that stem cell implants would be better for the body than a silicone gel implant. This stem cell procedure cannot be completed in one day. It would take a series of procedures to achieve the goal of the patient. This procedure still needs to undergo extensive testing and trials before becoming available. This year at a conference in London a new implant called the B-Lite was introduced. The B-Lite implant claims to be significantly lighter than any other implant. Another trending brand is the POLYTECH micropolyurethane breast implants used commonly in Germany.

There are also some newer procedures that are not really established yet. One does involve stem cells and fat transfers. The others include weight-loss assisted breast reconstruction, breast augmentations using Botox®, and fillers that are injected into the breast. For now, it seems that the natural breast augmentation will be the dominating force in this area.

The world will continue to be fascinated by this procedure. It isn’t going anywhere anytime soon. Most women reveal that they are truly happy now that they have had this procedure done. There are some women that regret that decision but the consensus is mostly positive. The point is clear, the world will continue to judge and make comments about what they think about breast augmentation. But women all over the United States and the world are making choices for them, choices that don’t need the opinion of the world. They have to live with their decisions and their choices. It is ultimately their happiness at stake so if they can clear out the voices and listen to their own, the world’s opinion does not matter.