Breast lift patients want to know that their surgeon is not only talented, but compassionate as well. During his many years in practice, Newport Beach based Dr. Sajjadian has worked with a number of women who felt embarrassed and self-conscious of sagging breasts. He understands that breast ptosis (the clinical word for breast sagging) is largely out of your control — and he offers breast lift as a safe and effective answer. Breast lift surgery is the only solution to restore the breasts to a perkier position on the chest and improve their shape and projection.

If you want to restore your breasts to a perkier position on the chest, as well as, improve their shape and projection, there’s only one options: a breast lift. Schedule your consultation with Dr. Sajjadian today by calling our Newport Beach office at 949-515-0550.

Prior to scheduling your breast lift surgery, Dr. Sajjadian will meet with you for an informative consultation. During this consultation, he will explain the surgery in full detail to you, depicting exactly what the process entails. He will also inquire about your goals and desired results following the completed surgery.

Next, Dr. Sajjadian will perform a physical examination for your breasts. This is done to note the elasticity of your skin, as well as, the location of your nipples. This information will be used to draft a treatment plan for your breast lift. As no two women are the same, no two treatment plans are the same. Customization and personalization are two important keys that Dr. Sajjadian always hits upon.

After scheduling your procedure at our Newport Beach facility, our team will give you detailed instructions that will allow you to accurately prepare for surgery. It’s imperative to get plenty of sleep and eat well-balanced meals in the days leading up to the breast lift procedure. Further, you should quit smoking at least two weeks prior to the surgery, and avoid consuming anti-inflammatory and aspirin medications in the final few days before your scheduled appointment. These medications can enhance the risk of bleeding.

Of course, if at any time you have questions or concerns regarding the breast lift procedure, our team will be happy to answer them. We’re just a phone call away!

Take a look at our Photo Gallery to see real patient results. You can also contact Dr. Sajjadian today in Orange County for a consultation.

A breast lift surgery is performed on an outpatient basis, at a local surgery center. For your comfort and ease, anesthesia will be administered.

To begin the process, Dr. Sajjadian will make an incision in the breast. To do so, he will use one of the following approaches:

Through the incision that is decided upon and made, Dr. Sajjadian will remove excess skin, and reposition the nipple and areola to a higher position on the breast. He may also reduce the size of the areola, if you’d like.

Then, Dr. Sajjadian will take the skin formerly located above the areola and bring it together under the breast, in order to create the new breast mound. When he is finished making the surgical modifications, he will close the incisions with sutures, before placing surgical bandages over them.

Conveniently, if you would like to add volume and shape to your breasts in conjunction with your lift, Dr. Sajjadian can place saline or silicone breast implants into the area. This is a common combination among women who have lost breast volume due to aging, pregnancy, and/or nursing.

Fortunately, shortly after your breast lift surgery is complete, you will be able to return home to recover. For the first few days of recovery, it’s common to experience swelling, bruising, tenderness, and/or numbness. During this time, it’s important that you rest as much as possible, as well as, avoid bending, lifting, or doing any sort of straining activity. However, gentle/light walking is permitted.

Throughout your recovery period, Dr. Sajjadian will see you several times to check your progress. When the time is right, he will clear you to return to work, exercise, and any other normal regimes you may have participated in prior to your breast lift surgery.

“I have worked out all my life, and after 2 children, I couldn’t work off the fat despite consistent exercise. I had never had a surgery like this before. When I came to Dr. Sajjadian, he instantly made me feel comfortable. Almost 4 months later I feel happier and I see the results, with minimal scarring. My stomach looks like it did before I was pregnant.”

“Dr. Sajjadian takes the time to make sure you understand what he’s doing and why. He’s a conservative doctor who doesn’t like to rush thing, because he wants the best results for you as possible. He’s kind, caring, and thorough. I would recommend Dr. Sajjadian to anyone who is interested in considering getting a tummy tuck.”

Watch Carolina see her new nose for the first time and share her thoughts at the end!

“I trusted Dr. Sajjadian as I was able to see some of his cases beforehand, and the results were amazing. The Dr. made me very comfortable with what I wanted done. When it came to the surgery, I had very little bruising and swelling, and within 3/4 days I felt great. I have been back to the office since and would use Dr. Sajjadian again if I need any more work done.” 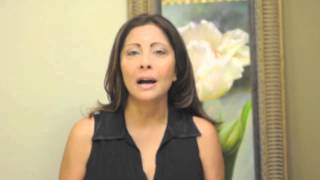 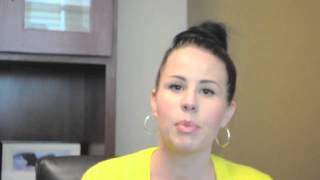 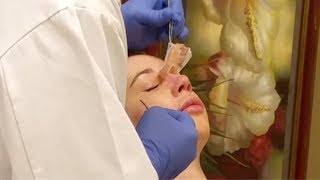 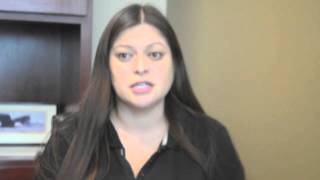 Dr. Sajjadian discusses breast lift costs in detail during the initial consultation. During this time, he will be able to provide you with a customized quote. Here, you will also have an opportunity to learn about your financing options.

For more information regarding the cost of a breast lift, or specific financing options, feel free to contact our Newport Beach practice by calling 949-515-0550.

The following are frequently asked questions women often have regarding breast lift procedures:

Do I need a breast lift?

Elective cosmetic surgeries are subjective. Ask yourself, “Do I want a breast lift?” Remember, there’s only one person you should get a breast lift for: yourself. Therefore, only you can decide whether or not this surgery is for you.

Who is a good candidate for a breast lift?

While your doctor can help you determine whether or not you’re ready for a breast lift, in general, those who have dropping or saggy breasts are often considered to be “good candidates” for a breast lift. Further, it’s imperative to be both mentally and physically healthy, as well as, prepared and realistic of the results.

Can I still breastfeed after a breast lift surgery?

As long as the nipple is left attached to the underlying breast tissue, you will still be able to breastfeed. An issue only occurs when it becomes necessary to remove the nipple, and then reattach it as a free nipple graft. However, this scenario is very rare.

Are there any risks and/or side effects associated with a breast lift procedure?

Every single type of surgery has the potential for risks and/or side effects. Though rare, a breast lift surgery can result in infection, negative reaction to anesthesia, scarring, and uneven nipples. However, with Dr. Sajjadian, you are in the best of hands.

Pain is subjective. Therefore, depending on an individual woman’s tolerance for pain, the surgery may or may not be painful or uncomfortable. However, medication can be prescribed any type of pain.

Breast Lift Breast lift patients want to know that their surgeon is not only talented, but compassionate as well. During his many years in practice, Newport Beach based Dr. Sajjadian has worked with a number of women who felt embarrassed and self-conscious of sagging breasts. He understands that breast ptosis (the clinical word for breast… Read More >>

Breast Reduction Newport Beach Breast reduction is the single best way to attain relief from the physical and psychological challenges of heavy, oversized breasts. The procedure — which removes excess tissue, fat and skin, and brings your breasts into better proportion with the rest of the body —  has greatly improved the quality of life… Read More >>

Breast Augmentation Revision As a leading breast enhancement specialist in the Orange County and Newport Beach, Dr. Sajjadian performs breast implant revision surgery. Women who have previously undergone breast augmentation with another plastic surgeon may be dissatisfied with the size and/or placement of their implants. In other instances, breast augmentation complications may arise, such as bottoming… Read More >>

Gynecomastia Gynecomastia is a condition that results in enlarged breasts in men. It is caused by a number of factors, including hormonal imbalances, localized excess fat and/or glandular tissues, genetics, and medications. Regardless of the cause, Dr. Sajjadian, a triple board-certified plastic surgeon, treats enlarged male breasts with gynecomastia surgery, also known as male breast reduction. Dr…. Read More >>

Areola Enhancement A large areola can be inherited or might result from the stretching of tissue from weight gain, breast implants, pregnancy, or breast feeding. Usually, the areola is reduced in conjunction with a breast lift or breast reduction, however if the breast tissue and nipple are in good position, and the areola itself is large, Dr. Sajjadian… Read More >>